Dan is on vacation with his family.

Dan wrote an email to his cousin Adam, telling him about him about one of the vacation days. Read the following email and complete the assignment.

Dear Adam,
How are you? How is your summer?
I'm writing to you from our hotel room in California. As you know, my family and I are spending the last two weeks of August in California. We started out our trip with a visit to Universal Studios. Universal Studios is both a theme park and a place where movies are made.
We started with a tour around the park. The guide explained about the park, the movie sets and about making movies. I did not understand everything he said, and I was jealous of my older sister who understood all of the jokes. I now have more motivation to improve my English.
After the tour we went to the Water World show. The actors splashed water, shot guns and dove into the water. They acted so well that I had to remind myself that this was only a show, and not real life. If you ever come to Universal Studios and watch the Water World show, my tip for you is to not sit in the green seats. The green seats are the closest seats to the stage, and when water splashes, people on those seats got very wet. I'm glad we came a little late to the show and the only available seats were in the back.
When the show ended we quickly ran to the next show to get better seats. The next show was a special effects show in which we learned about some very cool behind-the-scenes tricks. The actors showed the crowd some tricks from real movie scenes. One of the scariest tricks that they showed was setting a person on fire. I couldn't believe my eyes! The man on the stage was literally on fire! I screamed with fear, until my father explained to me that the man is wearing many protective layers and that I should not worry. After twenty seconds they put out the fire and I was so relieved.

After the shows, we spent a few hours going on some rides. We did not have enough time to go on all of the rides.

Tomorrow we plan to wake up very early and be one of the first people in the park. We hope to do the Harry Potter Castle ride.

See you soon in Israel 🙂
Love, 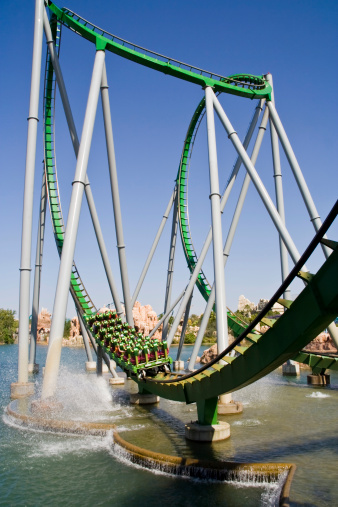 2. Dan and his family will spend the entire month of August in California. _____

8. Dan and his family did not go on any rides on their first day at Universal Studios. ____

Assignment:
Write about your plans for the summer.
Ideas:
– People and places you'd like to visit
– A job you'd like to find
– Things you'd like to learn, like playing an instrument, sewing clothes, baking and       cooking and more.
– Books you want to read
– School subjects that you need to improve (math, English, physical education)
– A place to volunteer and help others


Extra: For advanced students: a quiz with expressions with the word 'hot':